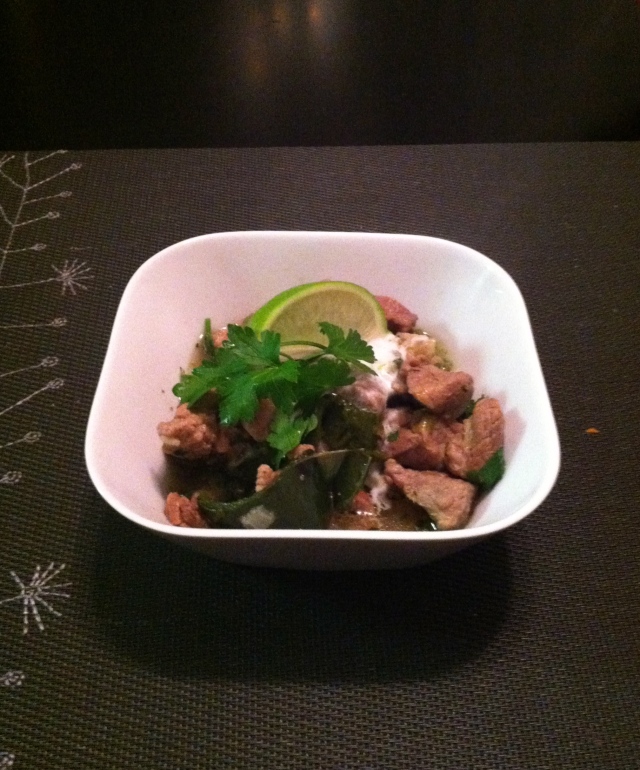 Last night, I made green stew. This is a landmark event folks. As a child of the Midwest, cooking things that involve spicy seasonings usually just doesn’t happen often. However, I’ve started to actually like chiles, and the derivatives thereof, once in a great while, like one drop of hot sauce to two scrambled eggs. This heat inhibition doesn’t stop me from entertaining myself with making scorching hot sauce and giving it to others. Like my Mango Habenero Hot Sauce, which I taste test in the tiniest of quantities, but give to people who appreciate food that approximates putting a lighted butane torch in their mouths (ahem Nicole). 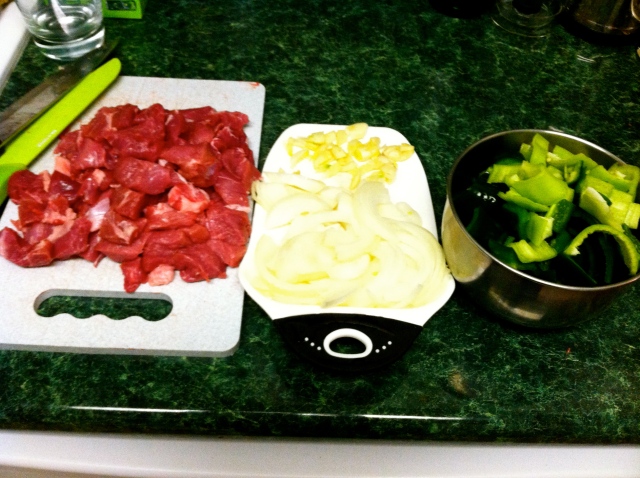 The recipe I had came from an old copy of Food & Wine that I bookmarked a long time ago on an airplane and never quite came back to it. Digging around in my old food magazine collection once in awhile has it’s benefits, or at least that’s how I justify the growing pile of magazines that sit atop the fridge.

The original version seemed rather bland and lacked (for a better word), punch, so I started scavenging through my spice rack until I came up with some things I liked. I also used butter to brown the pork instead of the recipe-recommended olive oil because I think that butter basting pork chops is a fantastic technique (which I’ll post if anyone is interested) but you can freely substitute coconut oil, if you don’t use butter. Even so, I think I’d hit up the flavor further by being a teeny bit more generous with the spices and perhaps thickening it with a little coconut milk at the very end. I also made a little lime coconut crema to put on top, which is an inspiration from my Paleo Pork and Pumpkin Chili. Sense a theme here? You could even make it a little spicier by leaving the Serrano chiles seeds intact. In fact, I’d highly encourage it if you decide to try this in your own kitchen. This recipe makes a generous batch, and the flavors noozled together in the fridge and it was so much better than the first day. 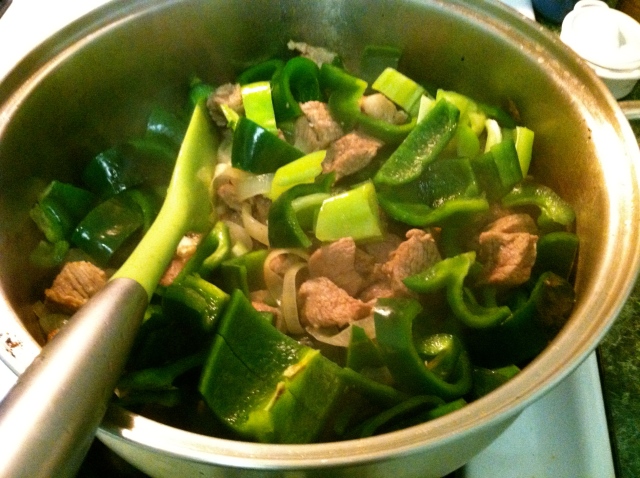 Lime Crema:
1/2 tsp lime zest and another squeeze of juice
3 tbsp coconut cream (the thick stuff on top of the can of coconut milk)
a pinch of salt

Melt the butter in a large dutch over or soup pot with lid over medium-high heat. Season the pork generously with salt and pepper and add to the pot. Cook, stirring frequently, for about five minutes or so until the pork cubes are browned on the edges and look a little crispy. Turn down the heat, add the vegetables, cover for about 3 minutes to let them wilt down a bit. Add the chicken broth, oregano, cumin, cinnamon and lime zest. Cock the lid to the side a bit to allow some of the water to evaporate and simmer for 15-20 minutes. The stew will thicken up a bit, and taste it to ensure you’re not under-seasoning (like I did). Add the cilantro and lime juice at the very end of the cooking time. Stir gently to incorporate and allow the cilantro to infuse the stew. Mix the coconut milk, lime juice and zest and salt in a small bowl. Ladle into bowls and serve with additional lime wedges, cilantro and lime crema.